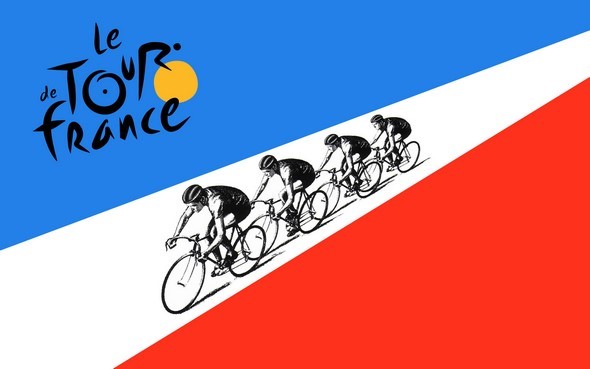 6,000 milometers of excitement, challenge and epic battles, is the perfect way to describe the Tour de Francia, the most prestigious and award-winning World Tour, without forgetting about the epic Giro d’Italia or the Vuelta de España. Since it began in 1903, being followed by local newspapers, the popularity of this event has only increased and all TV networks broadcast all of its exciting moments to viewers on over five different continents. Belgian, British, Italian, Columbian amongst other cyclists of all nationalities amongst locals, know just what it means to win in this event. As always the case, Spain has had a strong influence on this competition, with more than one Spaniard donning the Yellow Jersey such as Indurain and Contador – A unique competition in many ways that is full of secrets to discover.

More than 100 years of history rest on the shoulders of this historical event, which has been host to some of the best cyclists of all time; Miguel Indurain, Eddy Merckx, Jacques Anquetil, Bernard Hinault, Fausto Coppi, Jacques Anquetil amongst many others have staged some of the greatest feats seen ever in this competition, and in hind sight, it’s no surprise it won the Premio Principe de Asturias de los Deportes in 2003.

As was the case with the aforementioned return of the ‘maglia rosa’, the beginnings of this competition have a close relationship with the press, being a great promoter of all kinds of sporting events. It would be French journalist Géo Lefèvre who would devise a new and challenging competition, far exceeding the likes of Bordeaux, Paris and many others of the time. The director of sports daily L’Auto welcomed the idea with open arms due to the fact it would bring valuable new publicity to the newspaper. And so on the 19th of July 1903, sixty participants would set out from Montgeron, but only 21 would cross the finish line. After Maurice Garin won the first edition of the competition, many champions have followed in his footsteps; the evolution of the Tour was very much dormant during it’s early decades. as was the demand for participants. 1910 and 1911 would mark a before and after, with mountain passes and climbs being included as stages such as those of the Alps and Pyrenees and this would yet again increase as time progressed – Starting off with 11 stages, this would eventually increase to 24 by 1930. As expected, globalization meant that the tour would traverse many foreign lands; the distance was also changed from 2.500km to a surprising 5,500km meaning that winning the gold for this event would be considered a true achievement beyond the grasp of many.

Spanish Legends of The Tour

One of the first Spanish legends to win the Tour was Federico Bahamontes in 1959; nicknamed the Eagle of Toledo, he managed to beat Jacques Anquetil and after reaching the Puy de Dôme in first place, donned the Yellow Jersey during the last week of the event, for the third consecutive time, making him a rightful winner. In 1973, Luis Ocana would repeat the same feat with a shocking time, being 15 minutes ahead of his fellow participants; Merckx, the star of the time was not amongst the participants, although Ocaña would have won in 1971 had it not been for an unfortunate fall in the closing stages of the competition. There are many qualities and curiosities that shape the Tour de Francia, as well as many shadows that taint its past, with many disqualifications in recent years due to doping. Despite all of this, the competition is famous for the sportsmanship and determination that we can see from its participants, which continue to inspire fans and cyclists alike to this very day.