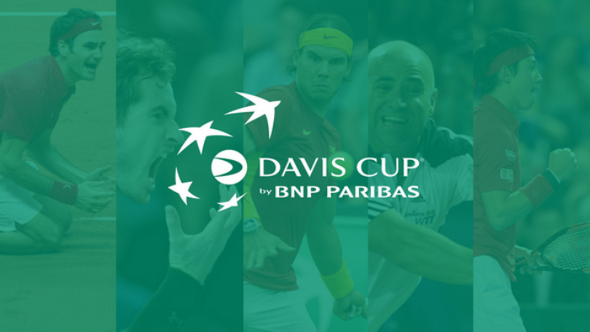 In 2016, the 105th edition of The Davis Cup will yet again return to deliver its usual dose of emotion and spectacle, in which Rafa Nadal will attempt to regain his winning streak after being bested by Czech Republic Tomas Berdych in 2012. This symbolic men’s tournament pits the six best players of each nation against each other in an event that has been played since the 1900’s and as a direct result, has countless curiosities, historical facts and clashes which are all worth learning about. Between the 15th and 17th of July, the 2016 Davis Cup will vibrate fans with the match that pits Spain against Romania; The team captained by Conchita Martínezo will be playing to gain a pass to the world ranking, which features some of the best players in the world such as Rafa Nadal, David Ferrer and Fernando Verdasco. If ‘La Armada’ can bring its best, they may be able to re-write the historical duels between the Mallorcan tennis player and Roger Federer or between Novak Djokovic and Andy Murray.

More than a century ago, the Davis Cup (Officially known as the Davis Cup by BNP Paribas) only had the participation of two nations – Great Britain and the United States, some even being students at Harvard; In fact, the creator of the tournament was a 21 year old Missouri university student.

In 1899, Dwight Filley Davis and his fellow Harvard students(Malcolm Whitman, Holcolme Ward and Beals Wright) challenged the best tennis players Britain had to offer; Their respective federations, the USNLTA for USA and LTA for Britain, would officalize the event at Longwood Cricket Club in Boston, in which the locals would prove victorious with a score of 3-0. Consequently, the idea of a tournament for national teams would be created, in which other nations would eventually be added, Austria and Belgium in 1905, Spain in 1921, etc. ‘Dwight’s Competition’, first known as ‘The International Lawn Tennis Challenge Trophy’ would eventually adopt the name of its founder after his death in 1945.

The Legend of ‘The Salad Bowl’

Unlike the trophies for the US Open and Wimbledon, the trophy for the Davis Cup would develop over the years; Beauty and elegance of its marine and floral motives, are the work of English craftsman Rowland Rhodes, who was said to be inspired by a punch bowl of the time – Whatever the case, over the years it has become known as the ‘salad bowl’ due to its very similar appearance. The silver plate it sits on was incorporated in 1921, and its three major bases in 1933, 1969 and 2002, but due to the lack of space where to inscribe new champions, this trophy is never given. The history of the Davis Cup is scattered with masters of the racquet such as Henri Cochet, Stefan Edberg, John McEnroe and Arthur Ashe; however there are a few distinguishable captains and trainers, such as Australian Harry Hopman. For more than two decades, Hopman would captain the Australian team, leading them to victory on 16 separate occasions, something that to this very day is still unbeaten; In his memory, the Hopman Cup would be created, which Spain has managed to win on 4 different occasions.

‘The Armada’ – The Undeniable Champions of The 21st Century

Spain has over 20 years of history with this tournament, however it wouldn’t be until 2000 when its true potential would be shown, defeating the Australian team with authority – Something which would be repeated again in 2004, 2008 and 2011, no forgetting in 2009 when Spain would achieve a historical 5-0 result again the Czech Republic. The ‘Armada’ has become the absolute ruler of the last decade, which has been made possible thanks to the efforts of the golden generation (Juan Carlos Ferrero, Carlos Moya, Rafael Nadal, etc.) which in turn has inspired and encouraged the development of the sport in the country, with new tennis courts and tennis clubs being founded and tennis courses taking place during summer. USA – A Team In A League Of Their Own

However, neither Australia nor Spain, or even Britain lead the victory rankings; With no less than 32 titles to its name, the USA is proud to be the owner of the largest collection of ‘Salad bowls’ not to mention coming 2nd on 30 separate occasions – An incomparable giant which everybody aspires to topple during this century.

Although this year the Rio de Janeiro Olympic Games are a priority for classified tennis players, the excitement of the Davis Cup promises to overshadow it, at least amongst fans of some of the best tennis players seen to date.