Inicio » Blog » Sport » Have You Heard of The Hopman Cup – The Only Tournament Where Both Women and Men Compete? 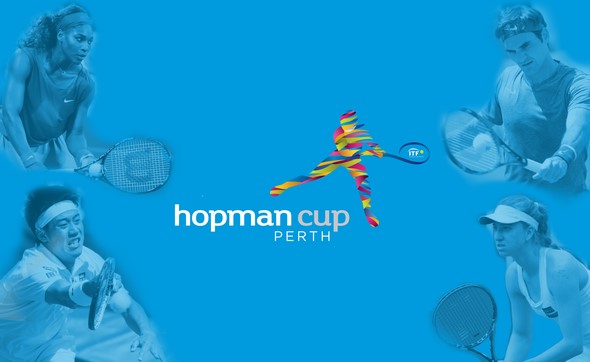 Considered the ‘Battle of the Sexes’ within the tennis universe, the Hopman Cup is one of the most peculiar tennis sporting events, being the only tournament which pits both men and women against each other. Roger Federer, Serena Williams, Tomáš Berdych and Steffi Graf all know what it’s like to win the gold on the Australian courts at the Burswood Dome, where this competition has been held since 1989. If you enjoyed watching Wimbledon, you cannot miss out on discovering some of the secrets that this unique competition has, where both men and women compete for victory. ‘Create An International Mixed Doubles Tournament? Madness!’ This must have been the reaction of those who heard Paul McNamee’s, Charlie Fancutt’s and Pat Cash’s proposal for the first time; This event didn’t have a place in the circuit of 1984, when these Australian players presented their idea to the Oceania Tennis Federation (OTF), however it would receive its approval the year after when the national tennis legend Harry Hopman passed away.

As a sign of gratitude to the acclaimed athlete possessing 16 Davis Cups, the founders requested permission from his widow, Lucy Hopman, to name their competition the Hopman Cup. This tournament which takes place early January every year, differs from the Fed Cup and aforementioned Davis Cup due to its ‘unisex’ spirit, guaranteeing duels of the most unusual nature: Fabio Fognini-Serena Williams (2015), Monica Seles-Roger Federer (2001) etc.

Another unique characteristic of the ‘Battle of the Sexes’ is the game’s format of play, in which each round consists of three matches; An individual female match, an individual male match and a third and final mixed doubles match, which as to be expected, is where the excitement can be found. The trophies also deserve a special mention; Whilst the winners receive a silver cup of great value, the runners-up are rewarded with a tennis ball – Encrusted with more than 170 diamonds.

Harry Hopman, One of The Most Famous Players of His Generation – 16 Davis Cups, 1 Australian Tennis Legend

His popularity in Europe is impressive, however viewing audience records come from the Australian continent, where the Network Ten channel recorded an astounding 4.2 million viewers in 2013, which however should come as no surprise – The Hopman is the first taste for tennis fans before the Australian Open, which in 2017 will take place from the 16th to the 29th of January.

How Curious! 5 Rarities of the Hopman Cup

Despite its short trajectory, this competition has hosted some unforgettable moments, with situations and curiosities that have marked history forever; To begin with, it’s surprising that local participant and fan favorite Australia has only managed to win the competition on two occasions: 1999 (Mark Philippoussis-Jelena Dokic) and 2016(Daria Gavrilova-Nick Kyrgios), being the current champion of Harry Hopman Tournament.

As in many other tennis competitions, the United States is the formidable contender, possessing no less than six different trophies, being closely followed by the ‘Spanish Armada’ having four cups and two sub-championships. Spain’s history within the Hopman tournament has been prominent from the very beginning, being a strong contender in the first edition in 1989, and winning the next edition the following year. Curiously, its pioneers were family: Emilio Sanchez and his sister, Arantxa Sanchez Vicario – One of the most outstanding female tennis players in the US Open.

The nature of this tournament has provided teams comprised of emotions, such as Italians Fabio Fognini and Flavia Pennetta in 2015, as well as clashes between partners, which could have been the case of Lleyton Hewitt and Kim Clijsters in 2014, however an injury sustained by the Belgian player prevented such a duel from taking place.

Just as interesting are the victory records; in 2002 Arantxa Sanchez Vicario would repeat the victory of 1990 with Tommy Robredo, becoming one of the few tennis players to achieve such a feat – Only Dominik Hrbatý, Serena Williams, James Blake and Robredo himself have been able to win this trophy twice.

The Hopman Cup proves to be a different competition, full of epic confrontations and emotion which can be found in all of its editions, as well as being present in the sport in general. In addition, this event which has been renewed year after year, in 2017 however, will adopt a new FAST4 format, incorporating a series of changes designed to increase dynamism and spectacle, providing us with a tournament that will never cease to amaze.